Nina and Karl are a perfectly normal, crazy couple. They can't live with or without each other. But suddenly, Nina can no longer stand the routine and decides to run away. She wants to be somebody else, though not (yet) an adult. The unfamiliar loneliness also affects Karl. Nina, meanwhile, doesn't seem to be able to get rid of Karl quite so easily. A part of him is always with her, no matter how hard she tries to fight it. LONELY TOGETHER is a film about the banality of love and all the things that nevertheless make it the most beautiful thing in the world. 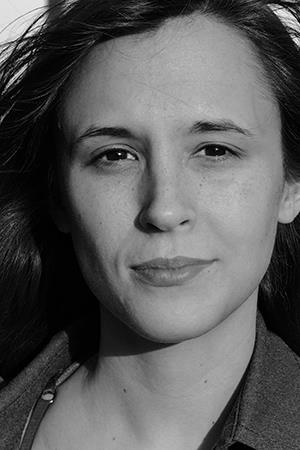 Sabine Koder was born in Vienna in 1987. There she trained as a photographer and studied theater, film, and media studies. In 2012, she began studying film directing at HFF München. Her short film LONORA premiered at the Internationale Filmtage in Hof. ZU ZWEIT ALLEIN is her first feature-length film and also her third film at the Munich film school. Koder also makes video projections for off theater performances and is a video and picture editor.