When his son is sexually harassed by a well-known movie producer, Manny accepts a considerable amount of hush money to prevent the incident from becoming public. On the one hand, this spares his family the tribulations of the media circus that would ensue; and on the other hand, he and his wife desperately need the money. It's a decision with far-reaching consequences that threaten to tear the family apart. This BBC series is intense, thrilling, and very topical. In cooperation with Seriencamp München. 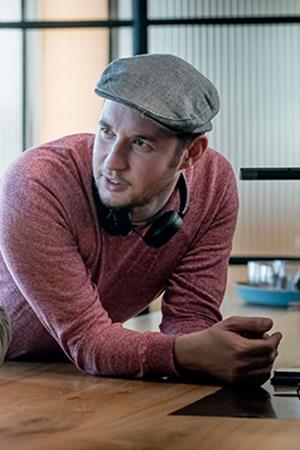 Director Lewis Arnold attended the National Film and Television School in the United Kingdom. Immediately after graduation, he directed two episodes of the final season of the series MISFITS, which earned a BAFTA. Work on other series followed, including crowd-pleasers HUMANS and BROADCHURCH. For his work on Russell T. Davies's queer show BANANA, he was named a 2014 "Broadcast magazine hotshot".