Francis Ford Coppola’s famous retelling of Joseph Conrad's short classic “Heart of darkness”, set in 1969 during the Vietnam War, is shown at FILMFEST MÜNCHEN in his new, Final-Cut-version. The story traces the journey of a special forces captain through the violent combat zones of Vietnam on a secret assignment to terminate the life of a field commander called Kurtz, who has set up a ruthless dictatorship. As Willard travels through the insanity and absurdities of the American involvement in the war, he is more and more drawn to the jungle itself, its primeval mystique and immense power...

“Under Coppola’s supervision, a team from his American Zoetrope production company remastered the film’s visuals in 4K Ultra HD with Dolby Vision from original negatives, and also transferred the soundtrack to high-resolution 96 kHz digital for remixing and remastering in Dolby Atmos.” (https://www.prosoundnetwork.com/post-and-broadcast/apocalypse-now-final-cut-hearing-it-again-for-the-first-time) 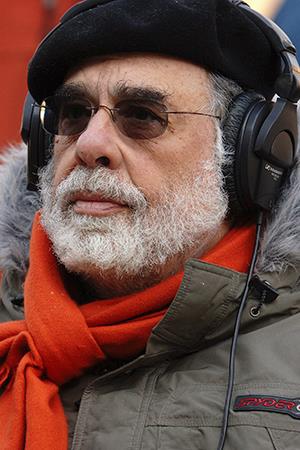 Francis Ford Coppola is one of the most acclaimed filmmakers of our time; a five-time Academy Award-winning director, writer, and producer of such films as THE GODFATHER (1972), THE GODFATHER PART II (1974), THE CONVERSATION (1974), APOCALYPSE NOW (1979), and BRAM STOKER’S DRACULA (1992). As the founder of American Zoetrope, he initiated and nourished the careers of talents such as George Lucas, Carroll Ballard, John Milius, Sofia Coppola, and actors Al Pacino, Robert DeNiro, James Caan, Harrison Ford, Richard Dreyfus, Diane Keaton, Robert Duvall, Laurence Fishburne, Matt Dillon, and Diane Lane. As a writer, director, producer, and technological pioneer, Francis Coppola has created a body of work that has helped to shape contemporary American cinema.