When he's released from the psychiatric ward, Ricky has only one objective: to start a family with beautiful Marina. The former porn actress doesn't remember Ricky nor the night they spent together over a year ago. Without hesitating, he follows her and forces his way into her apartment right after she's finished shooting a horror movie. At first, feisty Marina resists completely, which is why Ricky ties her to the bed whenever he leaves the house. But the more time the two spend together, the closer they become. Pedro Almodóvar's typical mixture of comedy and melodrama meant a breakthrough for Antonio Banderas and a ticket to Hollywood after five films with this director. 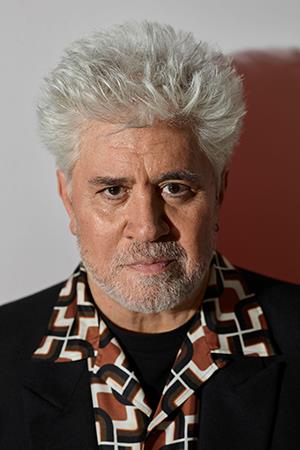 Pedro Almodóvar was born in Calzada de Calatrava, Spain, in 1949. His early films dealt in a melodramatic and often shrill and comedic way with the interconnectedness of sexual desire and death. His international breakthrough came in 1988 with WOMEN ON THE VERGE OF A NERVOUS BREAKDOWN, in which a young Antonio Banderas had a part. In 2000, ALL ABOUT MY MOTHER received an Oscar for best foreign-language film. In films like BROKEN EMBRACES, which was screened at FILMFEST MÜNCHEN in 2009, Almodóvar regularly took up the topic of filmmaking and a love of cinema. His latest, semi-autobiographical work, PAIN AND GLORY, for which Antonio Banderas was named best actor, is showing at FILMFEST MÜNCHEN this year in the Spotlight section.