Amador is once again a free man, released from prison after serving a sentence for arson. The world outside hasn't really been waiting for this quiet 40-something man. Only his mother Benedicta remains; she leads a reclusive life in a village in the mountains of northwestern Spain. Then one day, a wildfire threatens to engulf the entire region. In calm imagery and a good sense of the magic of nature, this drama takes us to a remote region whose beauty is as impressive as its natural environment is potentially threatening and where this contrast reflects an internal drama of love, pain, guilt, and loneliness. Oliver Laxe's film received the Jury Award in the section Un Certain Regard at the Cannes Film Festival. 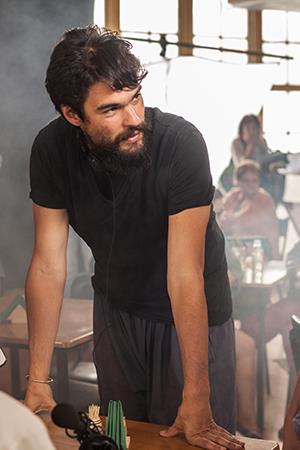 The son of Spanish immigrants, Oliver Laxe was born in Paris in 1982. He studied film at the Universitat Pompeu Fabra in Barcelona before moving to London and making his first short films. His debut film YOU ARE ALL CAPTAINS (FILMFEST MÜNCHEN 2010), a documentary starring and about disadvantaged children, received the Fipresci Award in Cannes. His second film, MIMOSAS (2016), which Laxe refers to as a religious western, was shown in Cannes, where it received the Grand Prix Nespresso de la Semaine de la Critique.