GIVE ME LIBERTY
Filmfest 2019

Twenty-five-year-old Vic moves from Moscow to Milwaukee, where he finds a job as a driver for people with physical handicaps. In his day-to-day work, he meets likable people as well as some odd characters. Vic puts his heart and soul into his job as well as all his other dealings with people. One day, when his Russian grandfather and a group of elderly people need to get to a funeral, Vic spontaneously loads them into his van. This becomes a challenge, since he also has to maneuver Tracy, whose ALS confines her to a wheelchair, across a city that's torn by protests.

Production Company: Give Me Liberty Mfg 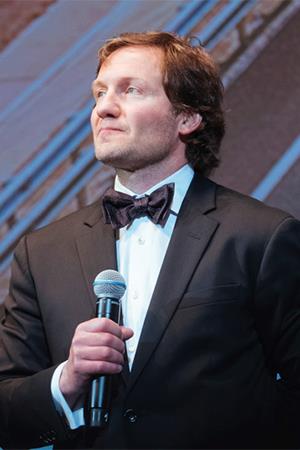 Kirill Mikhanovsky was born in Moscow, where he liked going to the movies more than going to school. After the collapse of the Soviet Union, he immigrated to Milwaukee, where he took various jobs, including one as a driver for people with physical handicaps. At the same time, he discovered his passion for filmmaking. He attended the New York University film school and wrote screenplays for INHALE, EXHALE (2003) and SONHOS DE PEIXE (2006), which were shown in Cannes.