Sixteen-year-old Naïma doesn't quite know what to do with herself — unlike her 22-year-old cousin Sofia, who puts her good looks to use. After all, she enjoys the attention of the wealthy men who sweeten her day. But is that the lifestyle Naïma wants to have? Her homosexual best friend Dodo, at least, isn't at all happy when she and Sofia start going out together and Naïma no longer has time for him. Over the course of a summer, this teenage girl has one foot in each of these worlds, the familiar one and the new, seductive one. Questioning status and luxury in a sensual way goes along with an inquisitive approach to the world. For this, Rebecca Zlotowski received the SACD Award for best francophone film in the Quinzaine des Réalisateurs section of the Cannes Film Festival. 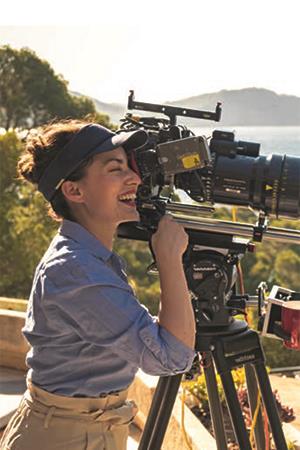 Rebecca Zlotowski was born in Paris in 1980. After graduating from the renowned Parisian film school La Fémis, she wrote screenplays for several short films. Her debut film as director, DEAR PRUDENCE (2010), shown during the Semaine de la Critique at the Cannes Film Festival, tells the story of a 16-year-old shoplifter. Her subsequent films GRAND CENTRAL (2013) and PLANETARIUM (2016) premiered in Cannes and Venice, respectively.