In the early 1980s, an all-out war rages between Sicilian Mafia bosses. Tommaso Buscetta escapes to Brazil with his family, but even there, no one is safe from the long arm of the Cosa Nostra. Back in Italy, scores are being settled, and Buscetta's allies are killed off, one after another. Arrested and then extradited by the Brazilian police, Buscetta makes a decision that will change the entire story of the Mafia. Marco Bellocchio's biopic is based on the story of the real Tommaso Buscetta, who was the first to break the Mafia's vow of silence. Several hundred members of the crime ring were accused and sentenced between 1986 and 1992, which made their trials to a milestone in the battle against the Mafia. Police security was legendary — but what is secure when one takes on one of the most powerful criminal organizations in existence? 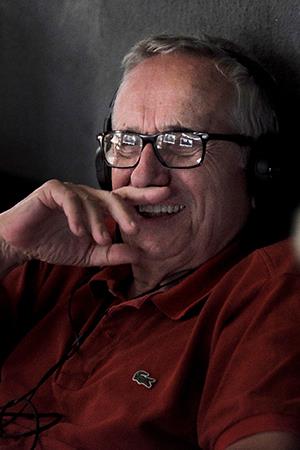 Marco Bellocchio was born in a village in northern Italy in 1939. He studied film at the Centro Sperimentale di Cinematografia in Rome and later at the Slade School of Fine Arts in London. His first film, FISTS IN THE POCKET (1965), tells the story of a middle-class Italian family that is coming undone but that hopes to keep up appearances. In the more than 30 films he's made during the course of his career, he has mainly devoted himself to socially relevant topics such as religion (IN THE NAME OF THE FATHER, 1917) and the military (VICTORY MARCH, 1976). The revealing love scenes in his adaptation of the novel DEVIL IN THE FLESH (1986) caused an uproar. His drama THE CONVICTION (1991) was awarded a Silver Bear – Grand Prize of the Jury at the Berlinale. At the Venice Film Festival in 2011, he received a Golden Lion for his life's work.