A pipeline to bring water to the Canadian town of Canitoga ought to have been finished long ago, but repeated acts of sabotage have made this impossible. This happens again in the spring of 1905, when an excessive use of explosives prevents construction work from continuing. Engineer Oliver Montstuart is able to track down the guilty party, but puts himself in danger by doing so. Even then, the problems don't end, as behind the scenes, someone is still pulling the strings and is prepared to prevent construction at any price. This newly restored adventure film from 1939 was one of the most expensive films made during the National Socialist era, its action-packed story told in international style. The Murnau Stiftung recently restored this cinema classic. The restoration process will be briefly explained prior to the screening. 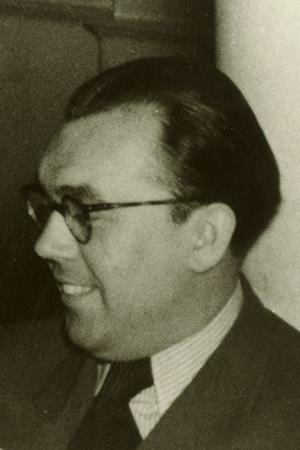 Herbert Selpin was born in Berlin in 1902. Abandoning his study of medicine, Selpin worked as a trainee at Ufa, then in various positions at the Fox-Europa film production company in Berlin. His first film was CHAUFFEUR ANTOINETTE (1931), about a young widow who makes a sporting bet with a speculator. Under the National Socialist regime, Selpin made a series of propaganda films as well as various historical and adventure dramas. He was unable to finish his final film, TITANIC (1943), as critical remarks he'd made about the German military led to his arrest on July 31, 1942. He was found dead in his prison cell the following day.
Close