Part 1 of Uli Edel's television epic: After returning from World War I, young master butcher Fidelis Waldvogel marries Eva, the pregnant fiancée of his fallen friend. But since his family’s butcher shop can’t provide for all of them, Fidelis soon decides to emigrate to America. In Argus, a small town in North Dakota, he opens his own butcher shop and establishes a German singing club to combat his homesickness. This lavish two-part miniseries is based on THE MASTER BUTCHERS SINGING CLUB, a 2003 bestseller by US author Louise Erdrich.

Part 2 will be shown after part 1; for more information click here. 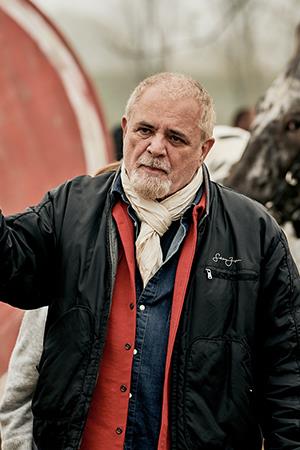 Ulrich Edel was born in a small town near Freiburg in 1947. After studying theater, he attended the HFF München. There he met Bernd Eichinger, who shared his fascination with French nouvelle vague, Italian neorealism, and American mainstream cinema. After graduating, Edel worked for Douglas Sirk as an assistant director and editor and directed two television productions. His first big co-production with Bernd Eichinger as producer was CHRISTIANE F. (1981), a drama about drug users in West Berlin which had successful theater runs in Germany and around the world. Six years later, the two again collaborated on LAST EXIT TO BROOKLYN, an adaptation of Hubert Selby's novel of the same name. Following this, Edel directed such lavish television productions as CAESAR (2002) and CURSE OF THE RING (2004). In 2007, he directed THE BAADER MEINHOF COMPLEX, an adaptation of Stefan Aust's book, for Bernd Eichinger; in 2009, the film was nominated as the official German entry in Academy Awards category of best international feature film as well as for a Golden Globe Award. In 2012, Edel directed the three-part miniseries HOTEL ADLON – A FAMILY SAGA for German television network ZDF. THE MASTER BUTCHER (2018) will be followed by yet another adaptation: OSTEND 1936 will adapt Volker Weidermann's novel of the same title, with Lars Eidinger in the leading role.