HUGH HEFNER'S AFTER DARK: SPEAKING OUT IN AMERICA
Filmfest 2019

(HUGH HEFNER'S AFTER DARK: SPEAKING OUT IN AMERICA)

The freedom to speak out, to freely express one’s individual ideas, and to be accepted for being different resonates at the heart of HUGH HEFNER’S AFTER DARK: SPEAKING OUT IN AMERICA – a documentary that features the most cutting-edge personalities, open and frank dialogue about pressing social concerns, and the most captivating performances from Hugh Hefner’s landmark TV series, PLAYBOY’S PENTHOUSE (one season, 1959-1960) and PLAYBOY AFTER DARK (two seasons, 1968-1970). Unlike other variety shows on network TV in the late 1950s and 60s, Hefner’s shows, which were syndicated across the U.S. and in a few major cities in Canada, embraced freedom of speech, racial equality, giving a voice to human rights and other important social issues. With the artists, their songs, their comedy and their spirit, these shows highlighted the rebellious feelings and groundbreaking ideas of the times, featuring controversial and iconic figures like Nina Simone, Ray Charles, Sarah Vaughan, Sammy Davis Jr., Lenny Bruce, and many more. The shows also dared to present an uncensored social and political consciousness that helped transform social values in America. This influence is discussed by prominent TV personalities Bill Maher and Whoopi Goldberg. 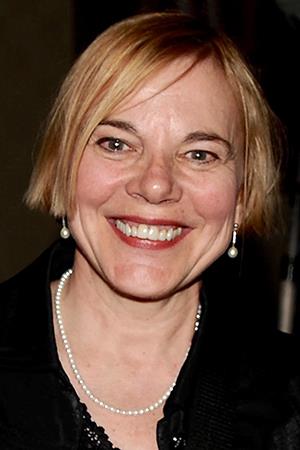 Brigitte Berman is an Academy Award-winning producer, director and writer who was born in Frankfurt, Germany. She graduated from Queen's University, Kingston, Ontario, where she studied English and Film. Her work in the film and television industry encompasses more than 30 years. She has produced and directed over 100 documentaries, both independently and at the Canadian Broadcasting Corporation. With her independent production company, Bridge Film Productions Inc., she has directed and produced two major award-winning feature documentaries that have shown at film festivals around the world: ARTIE SHAW: TIME IS ALL YOU’VE GOT (1987) won the Oscar for Best Feature Documentary, BIX: AIN’T NONE OF THEM PLAY LIKE HIM YET (1981) won her the Bronze Hugo at the Chicago International Film Festival. Subsequently Berman wrote, directed and co-produced her first dramatic feature THE CIRCLE GAME, which had its world premiere at TIFF, as well as showcasing at a number of international film festivals. Berman has continued to work as a writer, director and producer for both theatre and film, making documentaries and dramas to the present day. The award winning feature-length documentary HUGH HEFNER: PLAYBOY, ACTIVIST AND REBEL has been shown at over twenty-five international film festivals. HUGH HEFNER’S AFTER DARK: SPEAKING OUT IN AMERICA is the third collaboration for Berman and her late husband, producer Victor Solnicki.