Nabil (played by Kida Ramadan himself) is released from prison after serving a 15-year sentence. He has but one goal: to get his partner Ivo (Stipe Erceg) to hand over his share of the loot from their last robbery. Since Nabil believes he doesn’t have long to live, he might at least be able to offer his ex-wife Cora a brighter future. She has long since cut him out of her life — and that of their daughter Juju (rising star Emma Drogunova). But when Nabil and the girl get to know each other better, he suddenly has a completely new mission in his race against time, and takes up the fight with his former partner. A blend of gangster film and family drama with a unique sense of urban Berlin. The first film directed by Kida Khodr Ramadan (4 BLOCKS) on his own celebrates its world premiere at the first FILMFEST MÜNCHEN POP-UP.

Director of Photography: The Chau Ngo 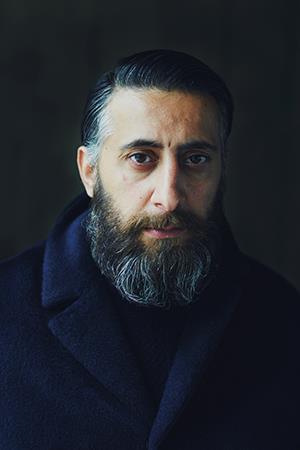 Kida Khodr Ramadan is a director and actor from Berlin. With Til Obladen, he co-directed the film KANUN (2017), whose screenplay he also co-wrote. IN BERLIN WÄCHST KEIN ORANGENBAUM is Ramadan’s first solo work as a director. He co-wrote the screenplay for the film with Juri Sternburg. Ramadan’s next film, ROCCOS REISE, which he is co-directing with Frederick Lau, is currently in production.