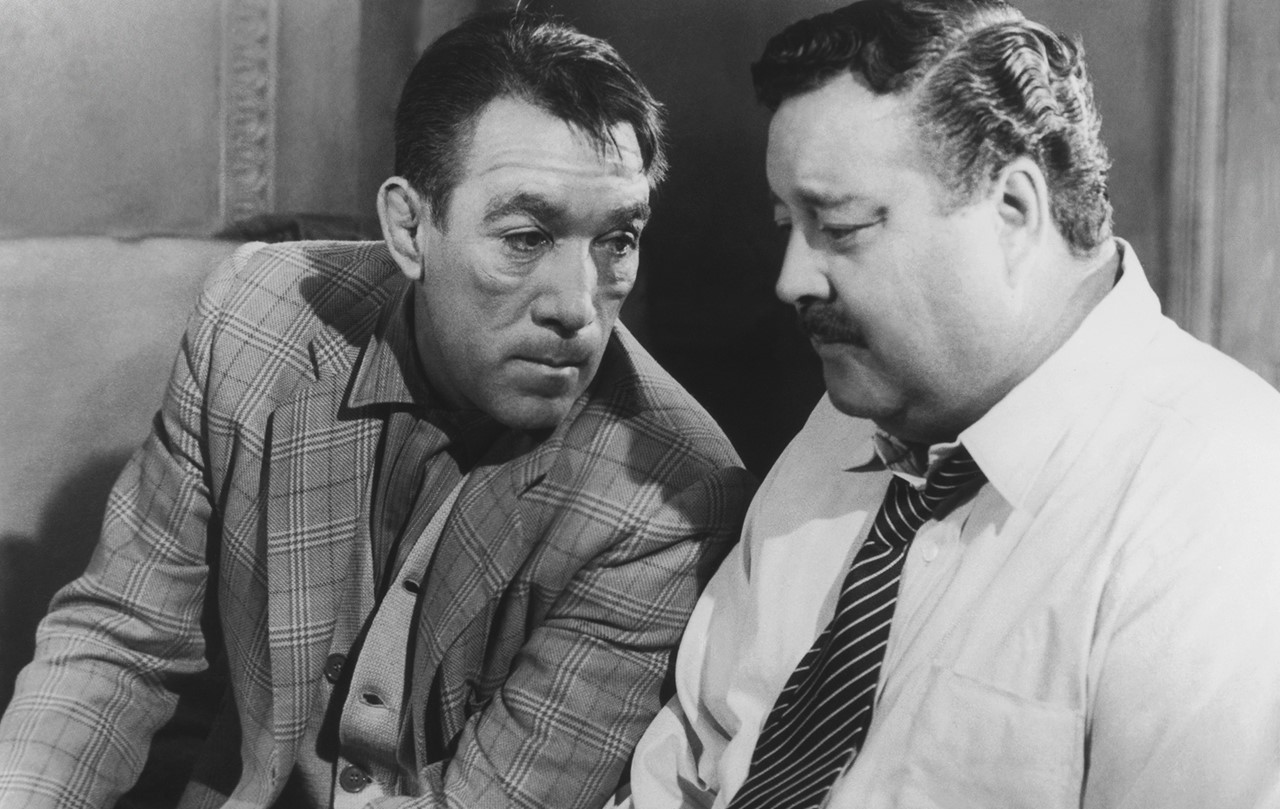 REQUIEM FOR A HEAVYWEIGHT

REQUIEM FOR A HEAVYWEIGHT

The opening sequence is dazzling: a series of point-of-view shots, blows delivered straight into the camera, in your face, until vision blurs and a body hits the floor. Only after the knockout blow is delivered do we see, in the mirror, who the hero is: Anthony Quinn as Louis "Mountain" Rivera, his face demolished by an opponent who is briefly revealed to be Cassius Clay, the later Muhammad Ali. But this is Mountain's film, a film about a hulking man whose best boxing years are now definitely behind him. Already suffering from brain damage and with the risk that another fight could leave him blind in one eye, he's ready to look for a new line of work. A pleasant employment adviser (Julie Harris) looks after him, goes out with him, and arranges a job interview: Mountain could help run a children's summer camp. His longtime friend and manager Maish (Jackie Gleason) owes the Mafia some money and wants to earn it quickly by employing Mountain as a wrestler. This film is based on a live television drama from 1956, in which Jack Palance played the has-been boxer. Ralph Nelson directed both the television drama and dark film adaptation, in which Mickey Rooney plays Mountain's worried coach. 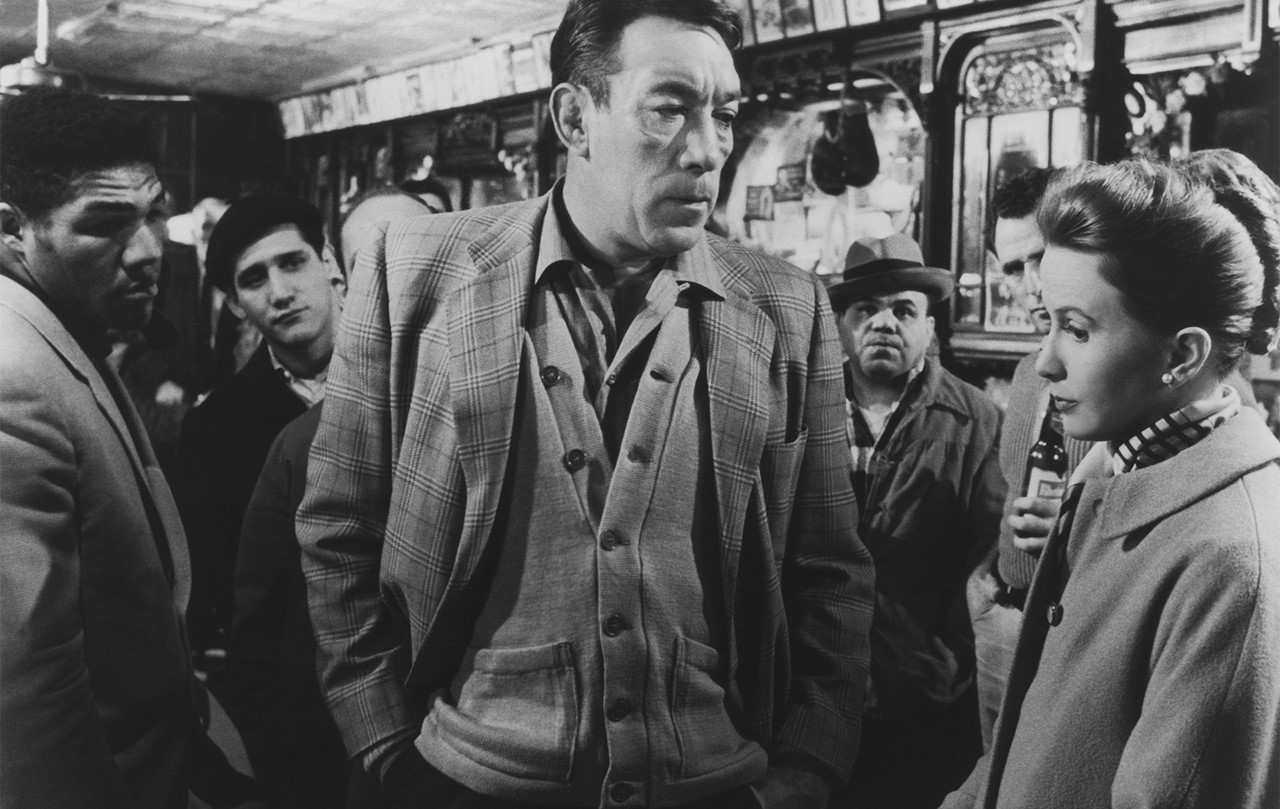 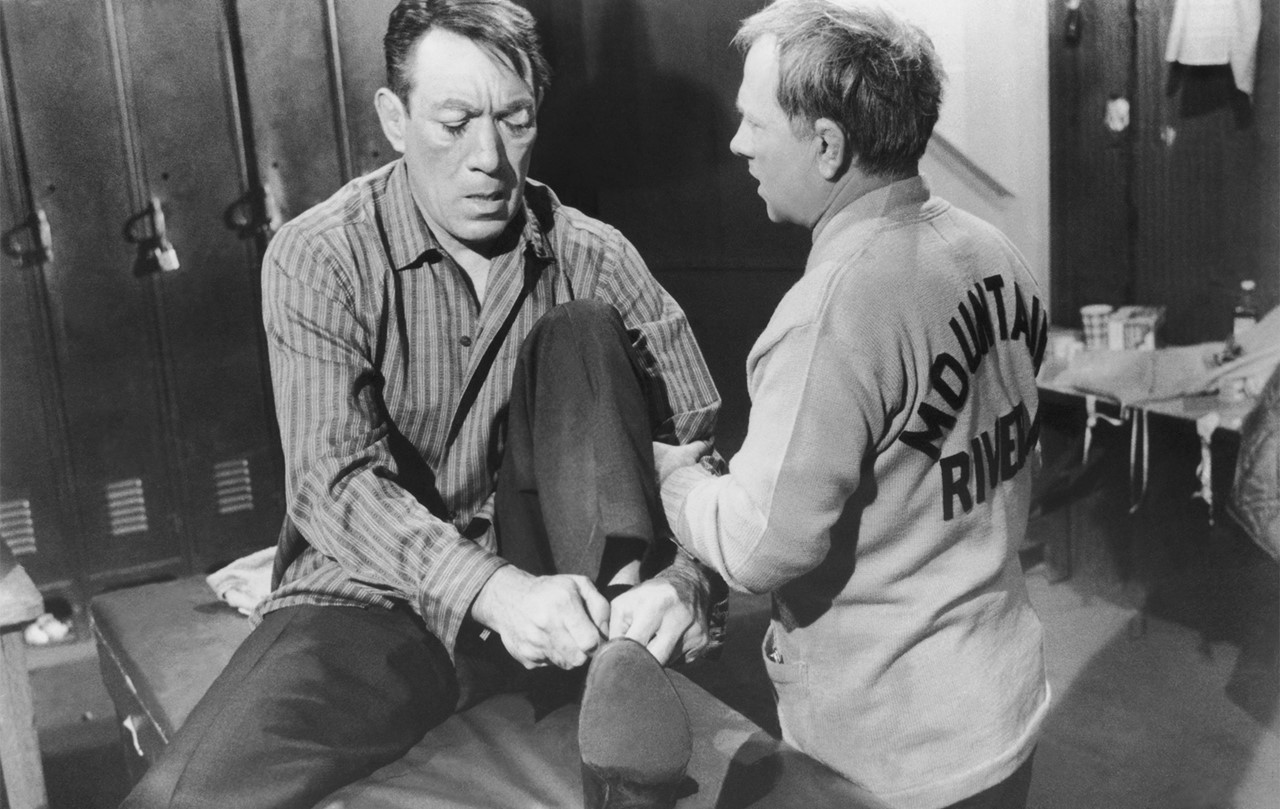 Ralph Nelson, born in New York in 1916, was a film and television director, producer, scriptwriter and actor. During World War II, he served in the US Army Air Corps. In the 1960s and '70s, Nelson directed a series of critical historical films. LILIES OF THE FIELD competed at the Berlinale in 1963 and was nominated for an Oscar in the category of best picture. Nelson's film CHARLY (1968) adapted Daniel Keyes' novel of the same name. For his portrayal of an intellectually disabled man in this film, Cliff Robertson earned an Oscar. In films such as DUEL AT DIABLO (1966), Nelson also played minor parts. He is the father of information-technology pioneer Theodor Holm Nelson, who in 1965 coined the terms "hypertext" and "hypermedia". Ralph Nelson died in Santa Monica, California, in 1987 at the age of 71.