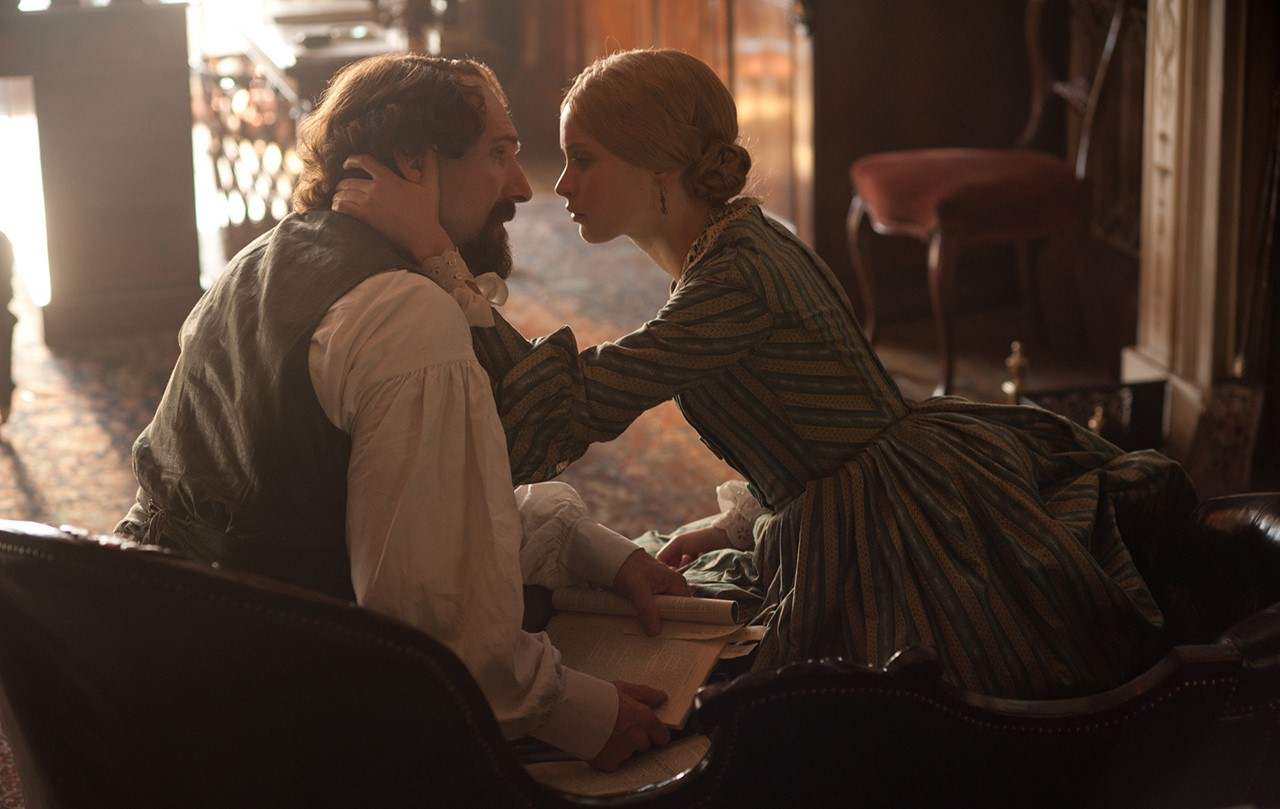 A woman walks along the broad beach of a coastal English city, above her the sky, aside her the sea. It's an image of freedom, but her pace is quick: she's late for a rehearsal at the school where she teaches. She and the children are rehearsing a play by Charles Dickens and his friend Wilkie Collins. She's smuggled a small boy into the play as a lion, definitely taking artistic liberties as the director — in an age when life for women in England was lived inside a corset of conventions and restrictions.
The year is 1883; Charles Dickens died 13 years earlier. Ellen "Nelly" Ternan, the teacher directing the play, knew him when she was a child. At least she tells her current husband that. When she was 18, she performed in a Dickens play and met the master himself. Dickens took on not only the leading role, but also the job of directing that play. The 45-year-old star of the English literary scene fell in love with 18-year-old Nelly, who was attracted to his art as well as to the man himself, but who in the Victorian age had to think about her reputation.
Their secret love affair, which the press did get wind of, was the subject of a book by Claire Tomalin on which Abi Morgan's screenplay is based. Morgan wrote, among other things, the screenplay to the Margaret Thatcher biopic THE IRON LADY (2011) and later a draft for the film SUFFRAGETTE (2015) about the origins of the women's rights movement in Britain. As the "invisible woman" of the title, Ellan Ternan, too, is fighting for an independent life. In her later years, she looks back on her affair with Dickens, which lasted 13 years until his death, and attempts to come to terms with her past.
Ralph Fiennes portrays Dickens as a man who is fun-loving in public and slightly melancholy in private. His feelings for Ternan lead to a conflict with his wife, but he follows his instincts without much concern. The passionate bon vivant contrasts with the forced demureness of Ellen Ternan, played by Felicity Jones. She refuses to be known as the author's mistress, but in the end, she gives in to him and to her affection. This touching drama balances the female and the male perspectives in a dramatic way, told by two people who get along well together but cannot be together unconditionally. In spite of all corsets, one can't always free one's soul, Fiennes shows. 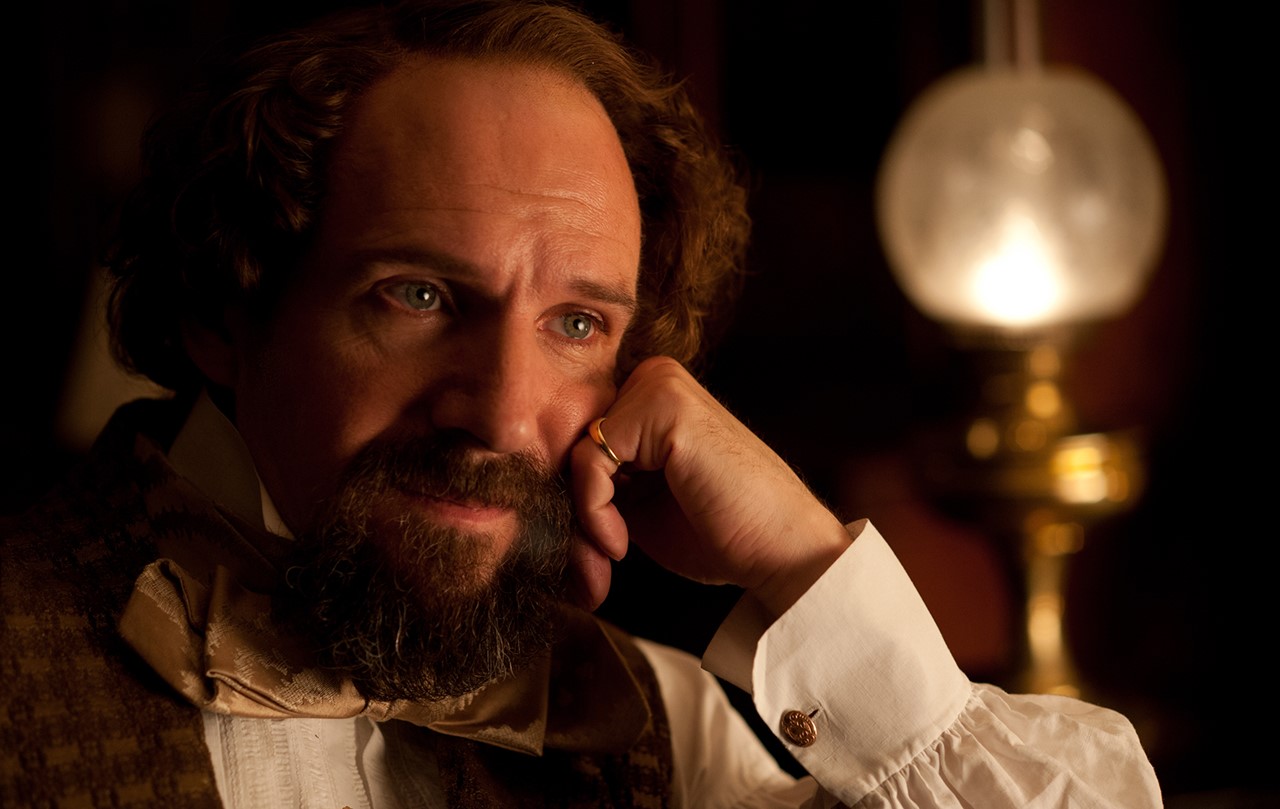 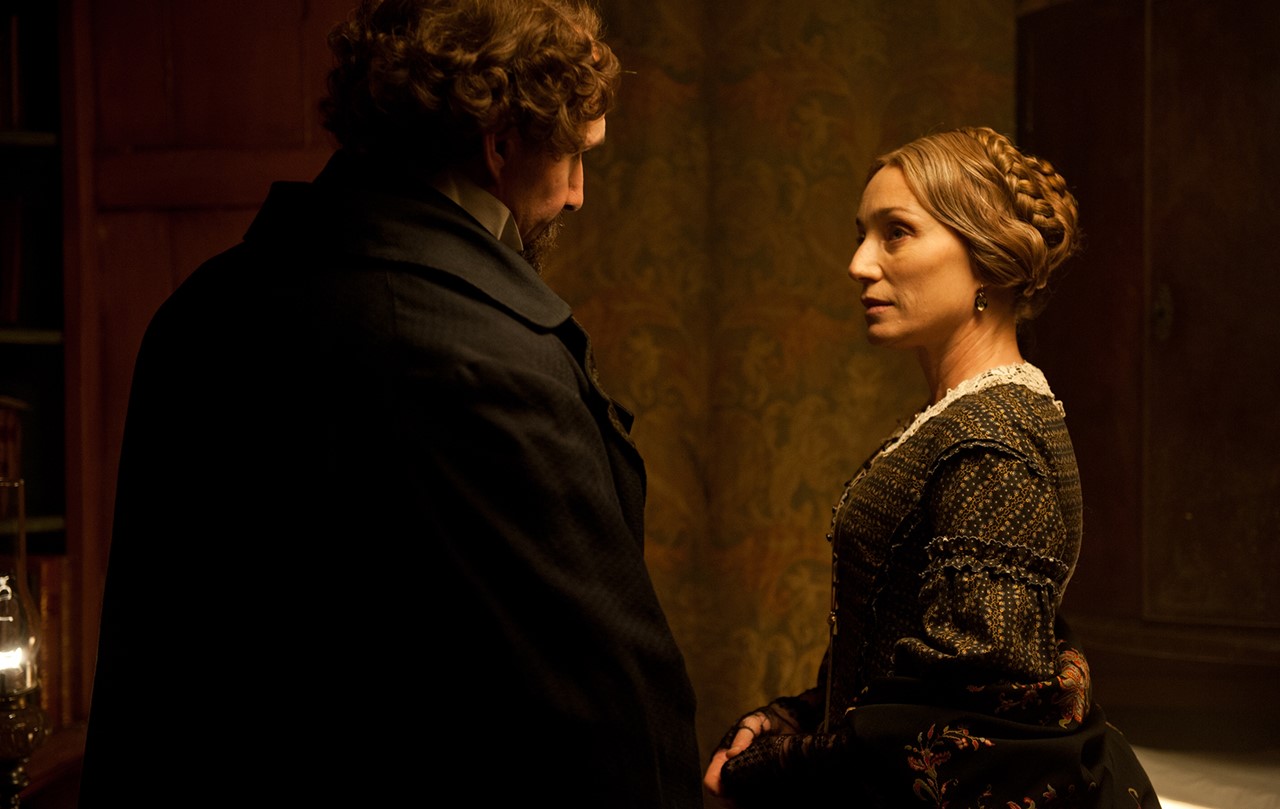