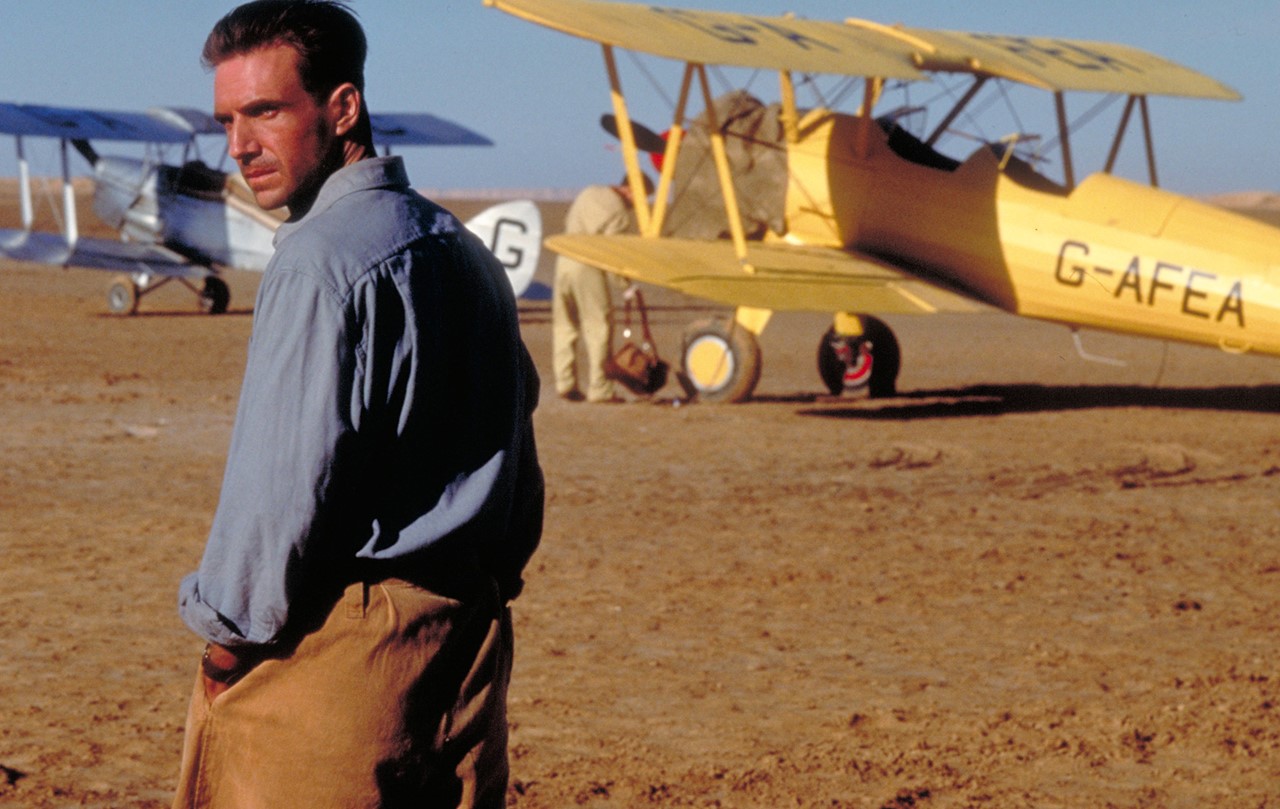 A plane soars above the desert of northern Africa. Inside it are a pilot and a woman whose face is caressed by the sun. To these images, we hear an exotic-sounding song that is, however, not Arabic, but Hungarian. It's the folk song "Szerelem, Szerelem", sung by Márta Sebestyén. National identities are inconstant in Anthony Minghella's adaptation of Michael Ondaatje's novel. The "English patient" of the title is Hungarian count Lászlo Almásy, who in the confusion of World War II is at one point even fatefully thought to be a German. Ralph Fiennes plays this count, who is brought to an Italian military hospital after suffering serious burns in an airplane crash. A Canadian nurse named Hana (Juliette Binoche) takes care of him. As the Allied troops move on, she and Almásy stay behind in a monastery. Almásy suffers from amnesia. His story unfolds in flashbacks.
Director Minghella has turned the novel into a monumental epic that received 12 Oscar nominations and nine awards, including for best director and best film. Ralph Fiennes and Kristin Scott-Thomas were each nominated for their acting performance. They play a couple who meet in the desert and have to keep their desire for each other a secret from the very beginning, because Scott-Thomas's character is already married to a Briton (Colin Firth). Fiennes portrays the count as a stiff-upper-lipped adventurer who's euphoric for only a moment when he discovers the "Cave of the Swimmers" during an expedition he and a friend are leading in the Egyptian desert. The count channels his erotic energy into art: for example, to him the dune landscape represents a woman's back.
A sandstorm brings Almásy and Katherine together, but her husband ultimately discovers their affair. Parallel to this love story, a relationship develops between nurse Hana and Kip, an Indian soldier who continually risks his life defusing bombs. The war has a fateful effect on these relationships. In all this, Fiennes is a classic romantic hero with a dangerously calm presence. 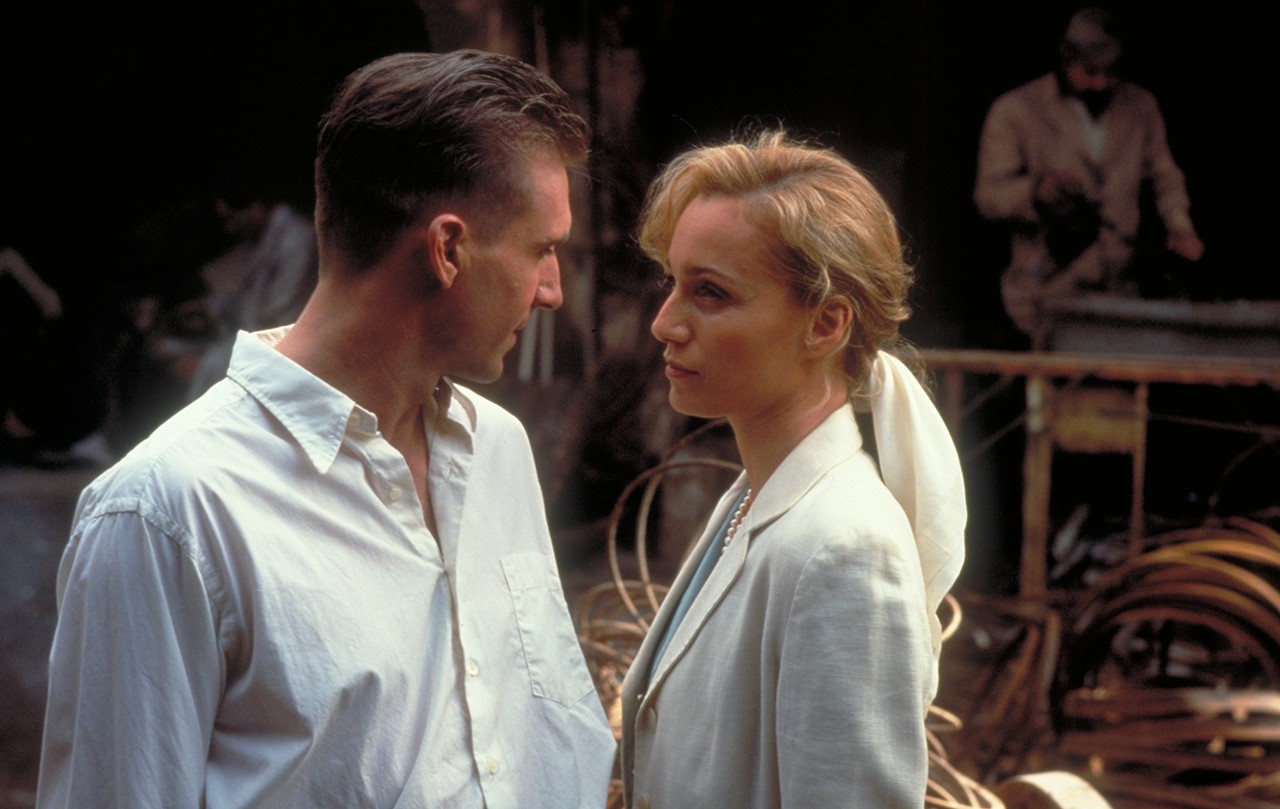 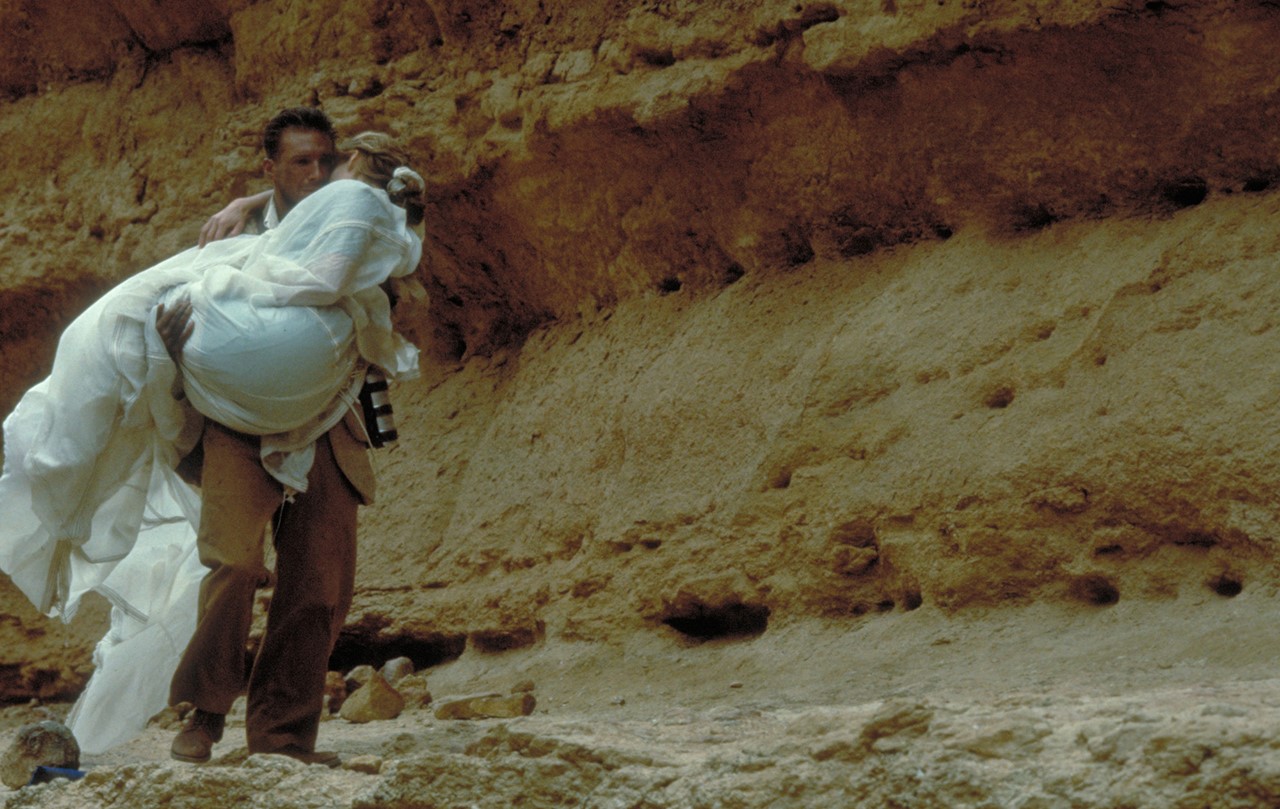 Anthony Minghella was born on the Isle of Wight in 1954. He attended the University of Hull, where he later became a lecturer. In 1978, he made his first short film, and in 1981 he took up freelance writing, mainly stage plays and radio plays. He also wrote screenplays, such as for Jim Henson's TV series THE STORYTELLER (1988). In 1990, TRULY MADLY DEEPLY became his first feature-length motion picture, for which he also wrote the screenplay. For this, the London Film Critics Circle named him "best newcomer". Minghella's most successful film, THE ENGLISH PATIENT (1997), received 12 Oscar nominations and nine awards, including for best film and best director. Two years later, Minghella was nominated for an Oscar for best screenplay adaptation for THE TALENTED MR. RIPLEY, based on a novel by Patricia Highsmith. Here, too, he directed the film. COLD MOUNTAIN (2003) was a further literary adaptation with an all-star cast including Jude Law, Nicole Kidman, and Renée Zellweger. Zellweger received an Oscar for best supporting actress. BREAKING AND ENTERING (2006) was Minghella's last feature film. In 2008, he died of internal hemorrhaging following an operation to remove a cancerous tumor at a London hospital. He was 54 years old.