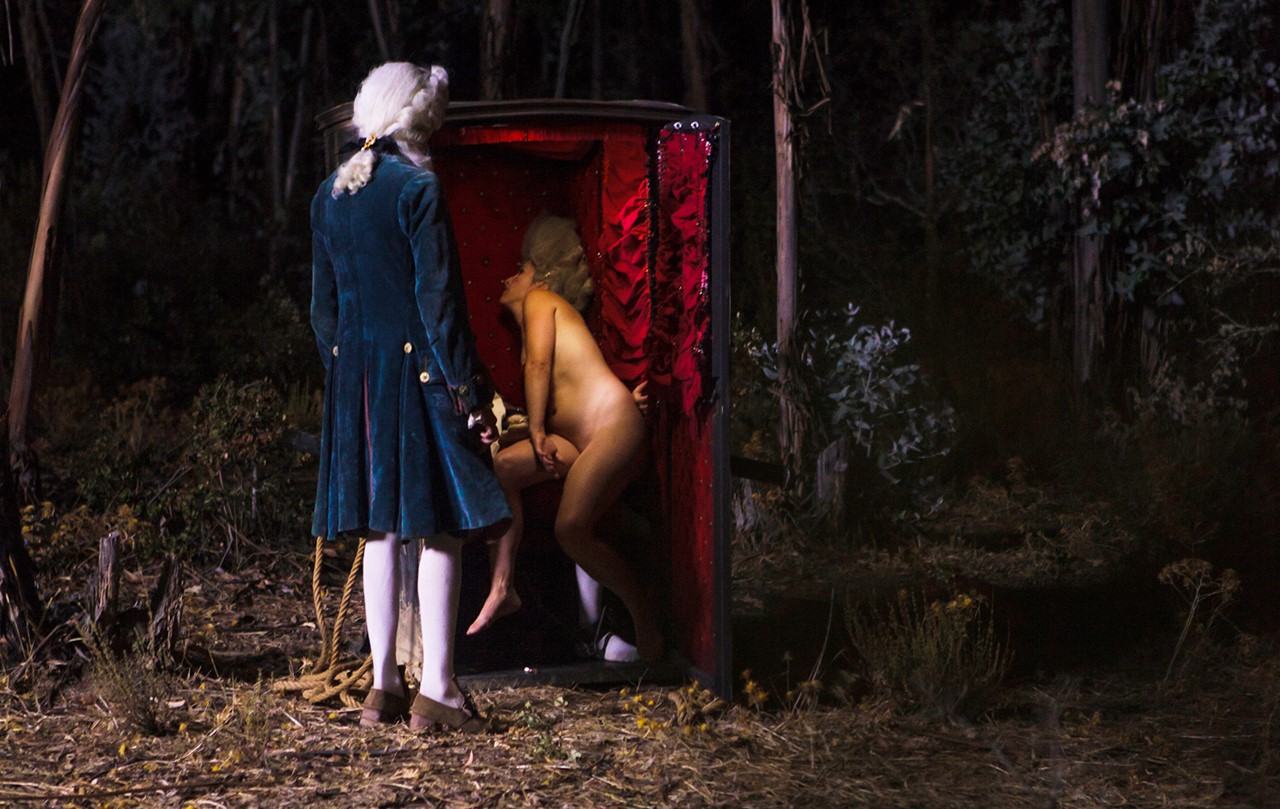 Tradition? Authority? Moral boundaries? No, these things aren't for Madame de Dumeval, the Duc de Tesis, or the Duc de Wand. They want to be free and not be told how to behave — but it's France in 1774, so for this, they are expelled from the puritanical court of Louis XVI. They seek the support of the Duc de Walchen, a legendary German libertine charismatically portrayed by Helmut Berger. A forest somewhere between Potsdam and Berlin becomes a place of lustful experimentation, of painful resistance to a hypocritical society. There they find a safe place to pursue their errant games, where the quest for pleasure no longer obeys laws other than those dictated by unfulfilled desires. This historical drama by Albert Serra, the old master of Catalonian cinema, received the Special Award of the Jury in the section Un Certain Regard at Cannes in 2019.

Albert Serra was born in the Catalonian city of Banyoles in northeastern Spain in 1975. He studied literary theory and comparative literature at the University of Barcelona, where he earned his PhD in 2006. His first feature film, QUIXOTIC/HONOR DE CAVALLERIA, a reinterpretation of Don Quixote, premiered as part of the Quinzaine des Réalisateurs at the Cannes Film Festival in 2006. In his later works, Serra remained faithful to historical figures. In his drama STORY OF MY DEATH, which received a Golden Leopard and was also shown at FILMFEST MÜNCHEN in 2015, Casanova meets Dracula. THE DEATH OF LOUIS XIV (2017) confronts us with the unadorned final days in the life of the Sun King. Serra is also known for his experimental installations and performances on stage.