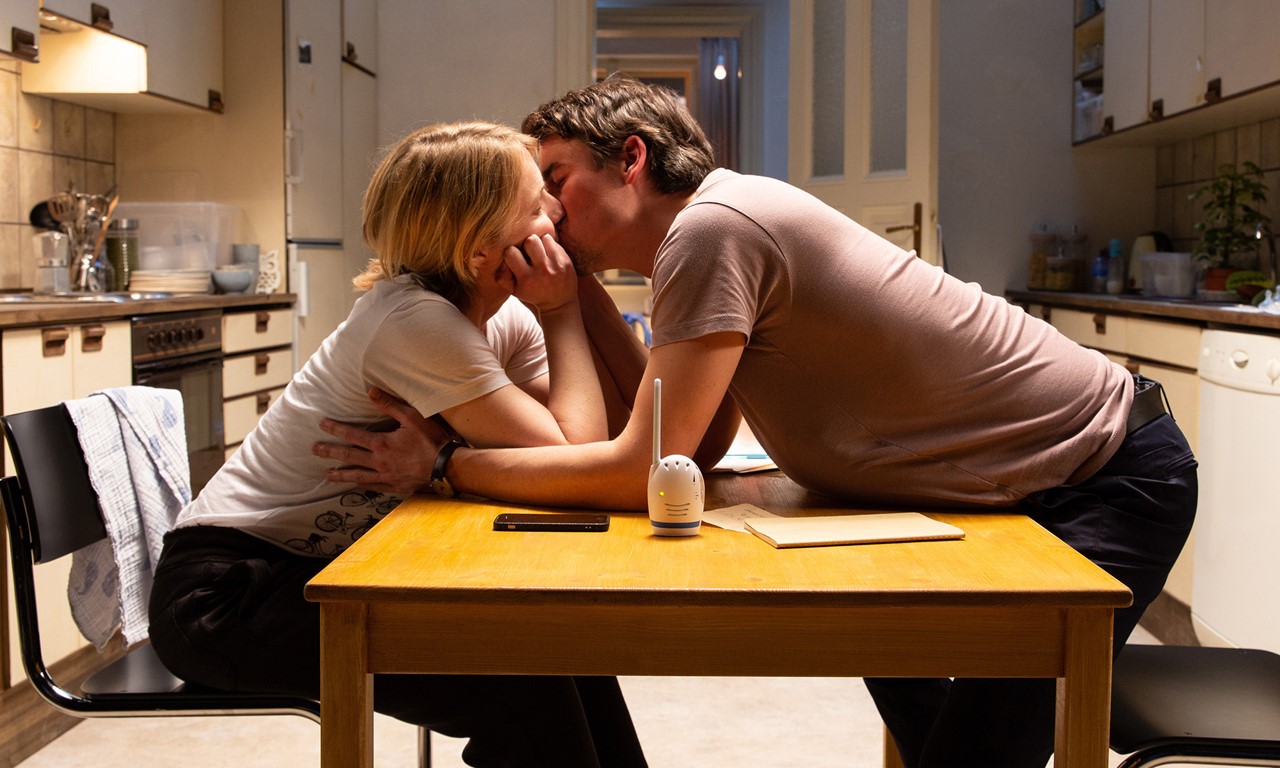 A darkly humorous portrait of a generation that repeatedly fails to achieve the utopia of the perfect life.

Dina and Michael are in their early thirties. He’s a doctor; she’s an actress. They’re happy together until Michael thinks about breaking up. The question, “Couldn’t we be happier than we are in this arrangement?” has come up. But Dina says, “Nope.” In 15 episodes full of surreal elements, we observe our protagonists navigating their way through life over the next seven years as they raise children and continually question their relationship. NÖ is a film about love and living with it; a film about a generation of people in their 30s who have everything, who have tried everything, but who still often fail in silence. The film exposes hidden states of mind and at the same time shows the significant impact they have on our lives.

Born in Munich in 1976, Dietrich Brüggemann was raised in both Germany and South Africa. While a student at the Konrad Wolf Film University of Babelsberg, he was an assistant director of music videos and a member of various bands. In 2006 he presented his graduation film, NINE TAKES. He has been a writer and director of various films and music videos; at the Berlinale in 2014 he received the Silver Bear for best screenplay for STATIONS OF THE CROSS. As a musician, he regularly performs with the group 43CHARACTERS at experimental silent film evenings at the Deutsches Theater and elsewhere. He has also performed the soundtracks to all of his own films since HEIL (2015). In 2017, he and Desiree Klaeukens founded the band THEODOR SHITSTORM, whose first album was released in 2018/19.