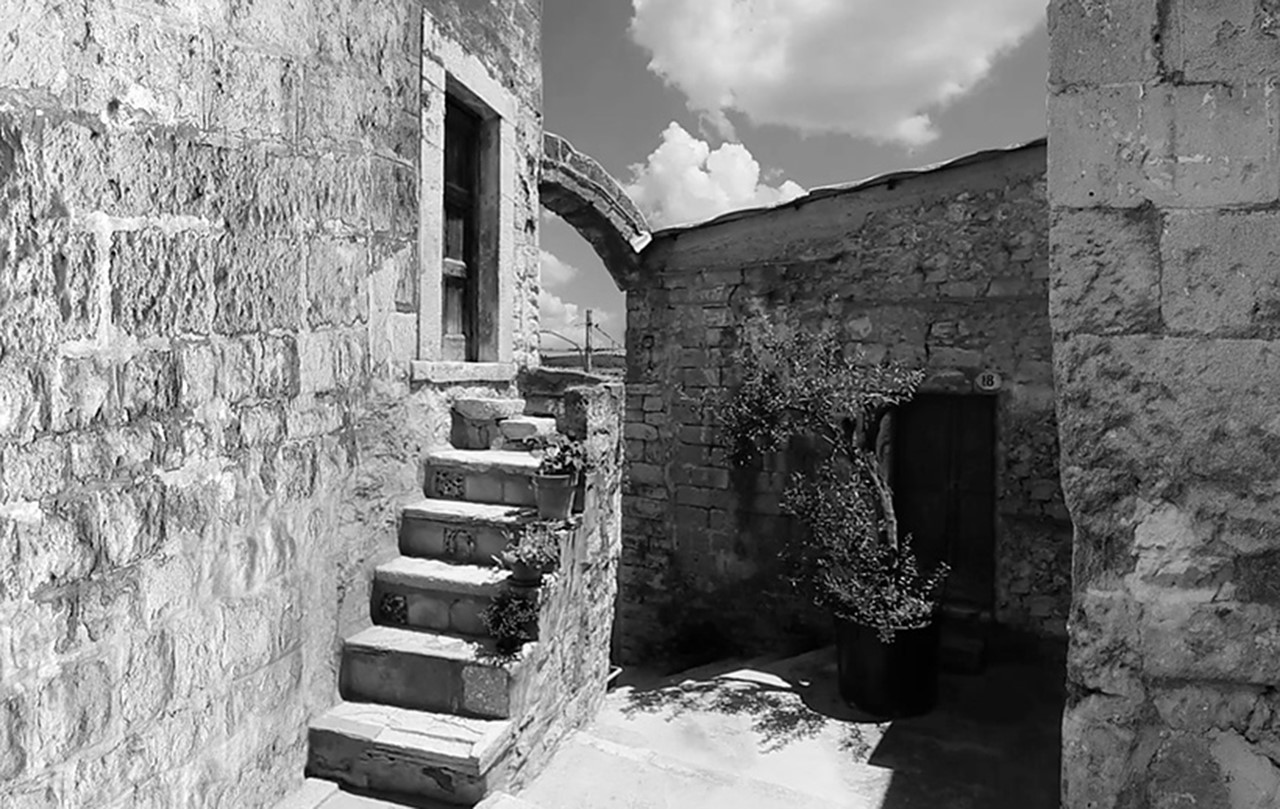 Abbas Kiarostami takes his camera to south of Italy and shows us a beautiful and playful video of alleys and stairs there. The 15 minutes film features a football in the lead. The philosophical and thematic meanings can be derived by the viewer with their own instinct.

Born in 1940 in Tehran, Abbas Kiarostami graduated in Painting from Tehran University's Faculty of Fine Arts. As a painter, designer, and illustrator, Kiarostami worked in advertising in the 1960s, designing posters and creating commercials. Between 1962 and 1966, he shot around 150 commercials for Iranian television. In the late 1960s, he began creating credit titles for films, including QAYSAR by Massoud Kiamiai, and illustrating children's books. In 1969, when the Iranian New Wave began with Dariush Mehrjui's THE COW, Kiarostami helped set up a filmmaking department at the Institute for Intellectual Development of Children and Young Adults (Kanoon) in Tehran, where he shot the twelve-minute BREAD AND ALLEY (1970) and then BREAKTIME in 1972. The department became one of Iran's most noted film studios, producing not only Kiarostami's films, but acclaimed Iranian filmmakers like Amir Naderi, Sohrab Shahid Saless, Bahram Bayzai, Ebrahim Forouzesh. Kiarostami made THE EXPERIENCE in 1973 which brought him his first international award from Giffoni Film festival in 1974. He made his first feature films, THE TRAVELER in 1974 and his second feature film THE REPORT in 1977. In the early 1980s, Kiarostami directed several short films and he made his first post-revolutionary feature film WHERE IS THE FRIEND'S HOME? in 1987, which brought him 5 awards at Locarno Film Festival in 1989 and paved the way for his international recognition. His Koker trilogy includes WHERE IS THE FRIEND'S HOME?, AND LIFE GOES ON and THROUGH THE OLIVE TREES, which were screened in hundreds of film festivals around the world. TASTE OF CHERRY won the Palm D'Or at Cannes. He has been involved in video installations, photography, painting, graphics, illustration and poetry, and has received 76 international awards through his film career. He passed away July 4th, 2016 in Paris at 76.